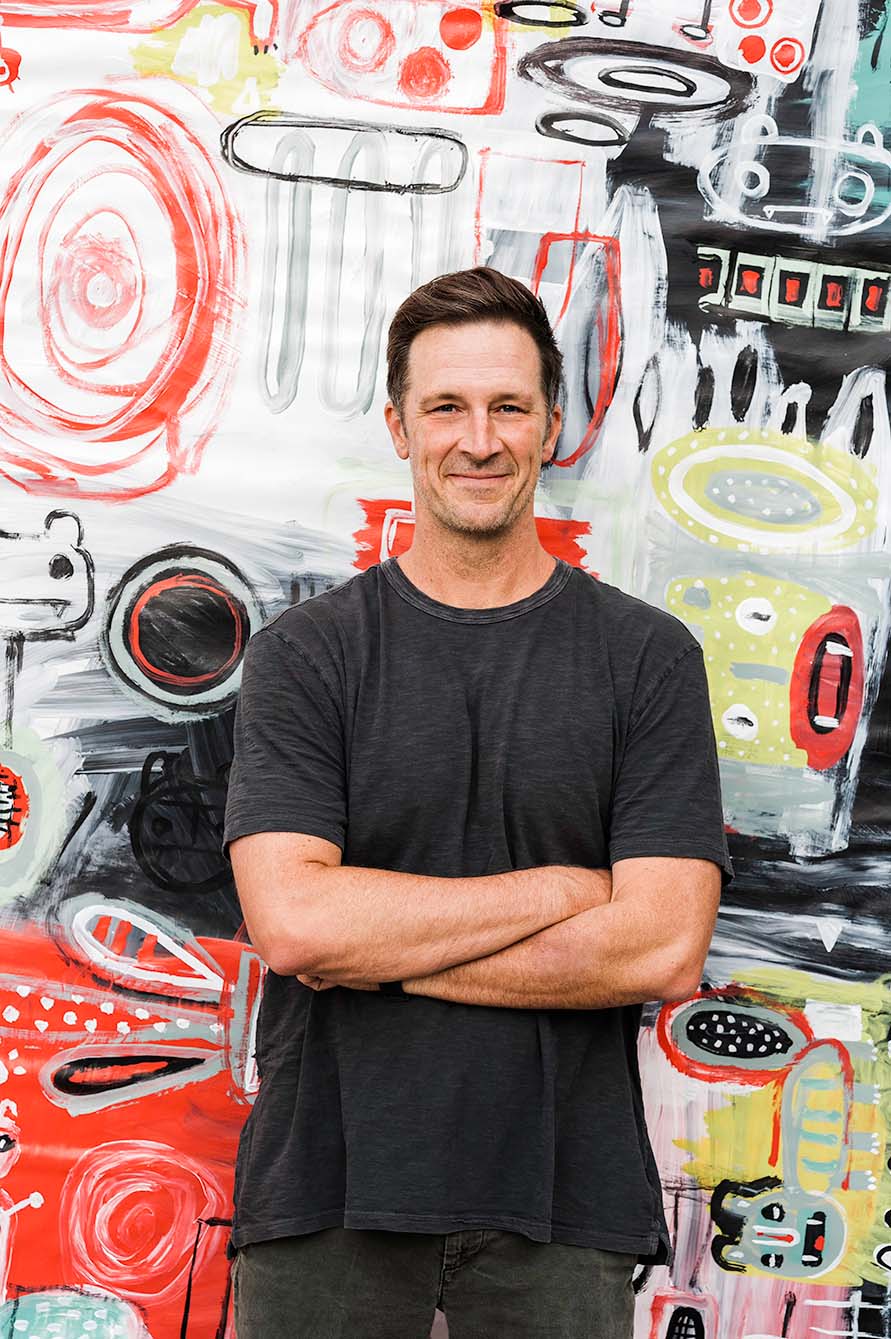 Brady Smith has been drawing and creating art since he was old enough to grasp a pencil with his tiny fingers while sitting at his fathers drafting table. And he hasn’t put it down since.

As an author & illustrator he’s published two children’s books, “You’re Missing It!” and “I’m Getting A Shark!”.
As well as, “Random Acts Of Drawness!” An interactive activity / sketchbook based on his popular Instagram series of the same name.

More children’s books are on the way. Including a series of graphic novels. All of which to be published by Penguin Random House in 2021 & 2022.

As a fine artist he’s had solo exhibits of his paintings in Los Angeles, Houston and New York.

As an actor he’s worked in both TV and film and has a series debuting this fall on Netflix.

You can view more of his art at www.bradysmith.com and lots of family shenanigans on his Instagram account, @bradysmithhere .

@laaleworks thanks for letting me slap some paint

Bedtime reading. 😊 Honestly, one of my favorite

This error message is only visible to WordPress admins

There has been a problem with your Instagram Feed.